Two years ago I started cycling on a regular basis and after a while it became evident to me that there must have existed better suited tires than the tractor grooved ones that I had on my mountain bike. My first slim bicycle tires where Bontrager Road Warrior 26″x1.5″. What those numbers mean is that the tire measures 26 inches in diameter, which is pretty much all mountain bikes, and 1.5 inches in thickness when inflated. I did use them for about 1000km but in the end punctures were becoming too frequent, or about once every 2 weeks (to put that in perspective I commute 8km per day 5 days a week). 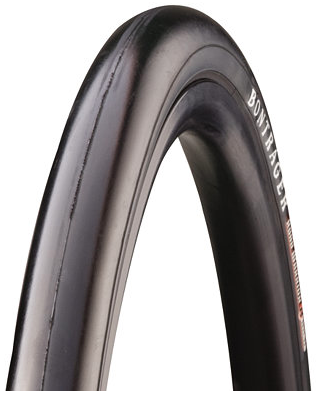 My second slim tires where Continental Ultra GatorSkin 26″x1.25″. As of this writing I’ve put around 500km on them and so far no punctures or visual cuts on the tires but one pinch flat. I’ve on many occasions rolled directly over broken glass on the street and never achieved a puncture, where in the same situation the Road Warrior would have. The Continental tires roll better than the Bontrager ones which I think can be attributed to its slimmer width and higher pressure containment. I’ll have to mention though it was a nightmare to put the tires on the first time. Two soar hands and 3 hours later I finally managed to pop them on. In retrospect I learned the right technique just by that trial and error. As mentioned earlier I’ve once had to change a flat tire on these but that change was a lot smoother. 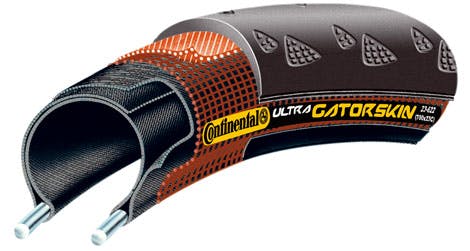 If you’re only doing urban commuting and want to try out the benefits of slim tires but unsure if it’s your thing, I definitely recommend the Bontrager Road Warrior as a entry level tires. However there is no question about it that the Ultra Gatorskin tires are better than Bontrager Road Warrior. Although more expensive I firmly believe that they’ll pay up multiple times in the long run when it comes to mileage. On top of that, if the tires will maintain it’s excellent puncture resistance, allot of time and pain will be saved from fixing flat tires.